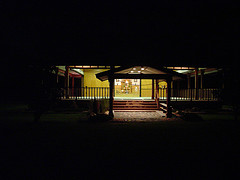 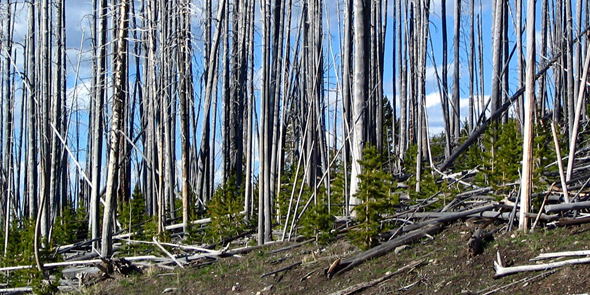 The trend in blog birthdays over the past few weeks is that blogs that help people well, do well. In 2009 I want to be one of the bloggers that helps people well in 2008.

I’ve had a blog in one form or another since late 2001. There is no evidence of this so don’t look. The earliest you might find would be some half-assed scribblings over a LiveJournal from March of 2002. That’s nearly six years of exposure to the technology, the culture, and the phenomenon without having made more than a 300k dent in Google’s cache. I’ve used or installed PHPNuke, LJ, MT, WP, Symphony, TextPattern, Blogger, WordPress.com, Drupal, and a few more I can no longer recall. Within just the stable of apps I can recall I’ve had maybe twelve blogs of no note come and go. Other’s just stall. I even had a podcast for half a year.

Amazon affiliation and Google AdSense are not the only ways to measure one’s success in the blogosphere, but if they were I’ve failed. Neither has sent me a check. By technical measures like Technorati or Feedburner or Analytics I chalk up in the fringes of WTFAY? When you read that there are now eighty gazillion blogs being created each month and you think to yourself, “Uh. What. How is that a good thing?” you might also come to the conclusion this is why I haven’t been noticed. Certainly the immeasurable glut of blogs hasn’t helped me any. Though if there were just ten of us bloggers I’d still be eleventh.

It’s all because I believe I don’t have content.

I’ve even said I don’t. It’s why I started blogs for my brother-in-law and with my brother. They had content. Natural, built-in, interesting content to populate page after page of readable, returnable, and rememberable1 blog posts. I was satisfied with being the wind beneath their wings till they stopped enjoying flying.

The trouble is that I’m interested in going there and doing that and getting the t-shirt myself. I want to entertain and educate masses of drooling fan-boys and AdSense clickers. I want to kiss my day job good-bye and bring on the fame and fortune and fun.

As of now I’m going to pursue that fun. Since I am not inherently able to help you. I am going hunt content. I will sneak up behind it when it’s not looking. I will jump it, strangle it, and bring it back here bloody and steaming.

Bring a fork and a napkin because help is on it’s way.

I guess the whole point of 1000 Days is to get me writing. Ironic the content of this post isn’t appropriate for my regularly scheduled writing over there.

So many parallels exist between me and The Waiter that I was only completing the first sentence of his latest when I knew the story he’d tell.

“I’m Batman” is a line from probably every one of the Batman movies. I am certain the one he references is the first. Micheal Keaton’s unlikely Bruce Wayne stammers the line to a room recently emptied of Kim Basinger’s Vicki Vale. In so many ways that scene characterizes Batman for me. Wanting recognition for his secret action’s knowing he can’t go public or he risks continuing to do good.

I think lots of boys want to have a secret. They want to be Zorro or King Arthur or to have a hidden door or a red phone. It’s exhilarating to know something about yourself that other’s can’t know. Especially when deep inside you know it makes you just a little better (not humble). Boys grow up to be men and I doubt they cast aside their desires to be a hero–I haven’t.

Maybe in an alternate universe I am The Waiter.

Cause you really can’t have enough tools to compare home loans.

I suspect if you are looking for one of these already, then you are likely to be able to ferret out all the nuances, but here are the main features of v1.0:

This work is licensed under a slightly modified Creative Commons Attribution-Noncommercial-Share Alike 3.0 License. Specifically, you CAN make commercial use of the work; you CANNOT sell the work or derivatives.